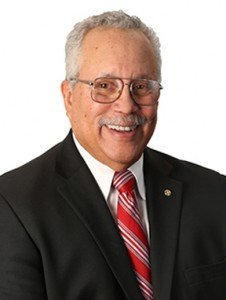 As chairman of the board for Bloomfield Public Schools, which our data indicates is the most improved school district in Connecticut over the past four years; I’m often asked what contributed to our academic resurgence.

For example, our high school graduation rate increased 16 percentage points from 2011 – 74% to 90% now. Our middle school registered four consecutive years of academic growth and was recently recognized by the education reform group ConnCAN as a “Success Story” school. Third grade Reading, Writing and Math scores in 2013 were above the state average. The Milken Foundation recently recognized Metacomet Elementary School principal Desi Nesmith with its prestigious award for education leadership.

In March, the Connecticut Council for Education Reform published an extensive online profile – located at ctedreform.org – about Bloomfield’s successful strategies to reduce the academic achievement gap. Connecticut historically has held the widest achievement gap in the country.

There have been two key contributors to our resurgence. First, is the leadership of Superintendent Dr. James Thompson Jr. When hired in 2011, he established a vision rooted in the strategic use of data; rigor; a positive school climate; and family/community engagement. Those priorities set a strong foundation for academic achievement. Staff and stakeholders endorsed and executed the vision. The other factor that spurred our academic growth is the harmonious and collaborative relationship between the superintendent and the school board. We understand our respective roles. I can’t emphasize enough how much a unified school board contributes to the academic success of a school system, particularly one that had been under-performing.

The school board and the superintendent have to be on one accord. It’s very important for board members to know their role, the chairman in particular. When I was appointed chair shortly after Dr. Thompson arrived, I came in with the mindset that the superintendent is the one in charge of the system. He does all the hiring, including all of the administrators. Too many boards believe they are the employers of the entire system. They only employ one person – the superintendent. Their job is to monitor and evaluate him.

Boards get into trouble when those lines of responsibility become blurred. Our Bloomfield board has three subcommittees – finance, policy and curriculum. Those are our areas of responsibility. We try to monitor, not meddle.

School boards should see themselves as liaisons between the superintendent and town council – or whatever organization controls a municipality’s finances. The board is there to set the budget, and set policy. The superintendent is the enforcer of the policies. The board DOES NOT enforces policy.

My roots in town are deep. I’m a 1962 graduate of Bloomfield High School and served 39 years as a teacher and an administrator, including six years as the high school principal. For four years, I was the town’s deputy mayor. I’ve seen the ups and downs of our school system, whose student population is now 2,100; 90% of whom are African Americans and West Indians.

One way to help school boards operate more cohesively is to insist that all new members go through an orientation to fully understand the board’s role and responsibilities. Also, more boards should engage in annual retreats and candid self-evaluations. Those self-evaluations were very helpful. They gave us the opportunity to talk and think about how we could continue to function effectively as a board. It’s critical for us to be in synch with each other. If you’ve got mavericks on your board, it’s a sign of disaster coming.

I recall my days as a principal at Bloomfield High School in the early 2000s. I would arrive at 6:30 a.m., only to be informed that a board member was sitting down in the teachers’ room. He was talking to teachers, asking ‘what’s going well with the high school?; what’s not going well?; what would you like to see me take care of?’ He was doing things he should not be doing. He wasn’t the superintendent. Other board members were doing the same thing at other schools. They were undermining and micromanaging the superintendent. It was a sign of a dysfunctional school system.

Across the country, those signs of dysfunction are still prevalent.

MaryEllen Elia — a 2015 Florida Superintendent of the Year, and a finalist for National Superintendent of Year — was recently fired by her board on a 4-3 vote. That vote count is very telling. The school board and their visionary leader were obviously not on the same page.

The result was predictable.

Donald Harris Jr. is chairman of the Bloomfield Board of Education and CREC Council Chair

(Note: This article is a re-print from the July/August 2015 CABE Journal)