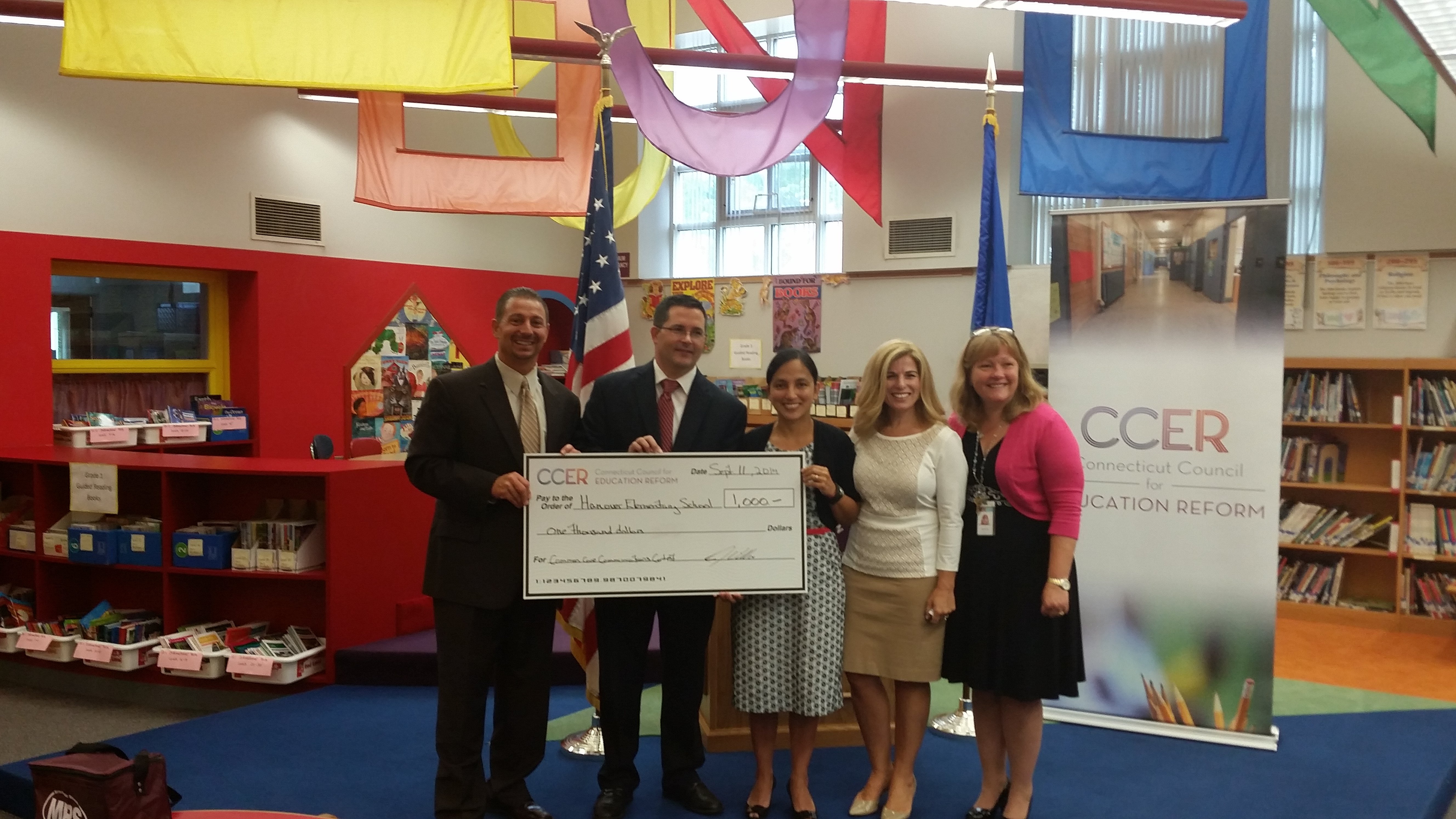 New Haven, Connecticut – Today, September 11, 2014, the Connecticut Council for Education Reform (CCER) announced that Hanover Elementary School in Meriden has won CCER’s Common Core Communications Contest. The contest was designed to showcase the creative and effective methods that districts and schools have used to communicate with parents about the Common Core. Hanover School is one of only three winners.

The announcement was held at Hanover Elementary School, and was attended by State Representative Catherine Abercrombie and staff from Meriden Public Schools. Hanover teachers Angela Fragoso and Marjorie Eager talked about the importance of presenting information to parents in both English and Spanish because the school serves many bilingual families. Then, Hanover parent Louis Bronk talked about how the school’s parent nights helped him to have a better understanding of what was happening in his daughters’ classrooms.

CCER Executive Director Jeffrey Villar said, “The efforts at Hanover Elementary School really epitomize the approach that Meriden Public Schools has taken to collaborating with parents on implementation of the Common Core. They have held bilingual parent information dinners, provided parents with vocabulary lists and parent guides, and distributed flyers, videos, and newsletters. We also find it very impressive that they are studying data about who attends their events and sending out surveys to determine the best ways to communicate with parents and the community. This type of collaborative effort is what can make or break the implementation of a big change like Common Core. I commend Meriden and Hanover for their great work.”