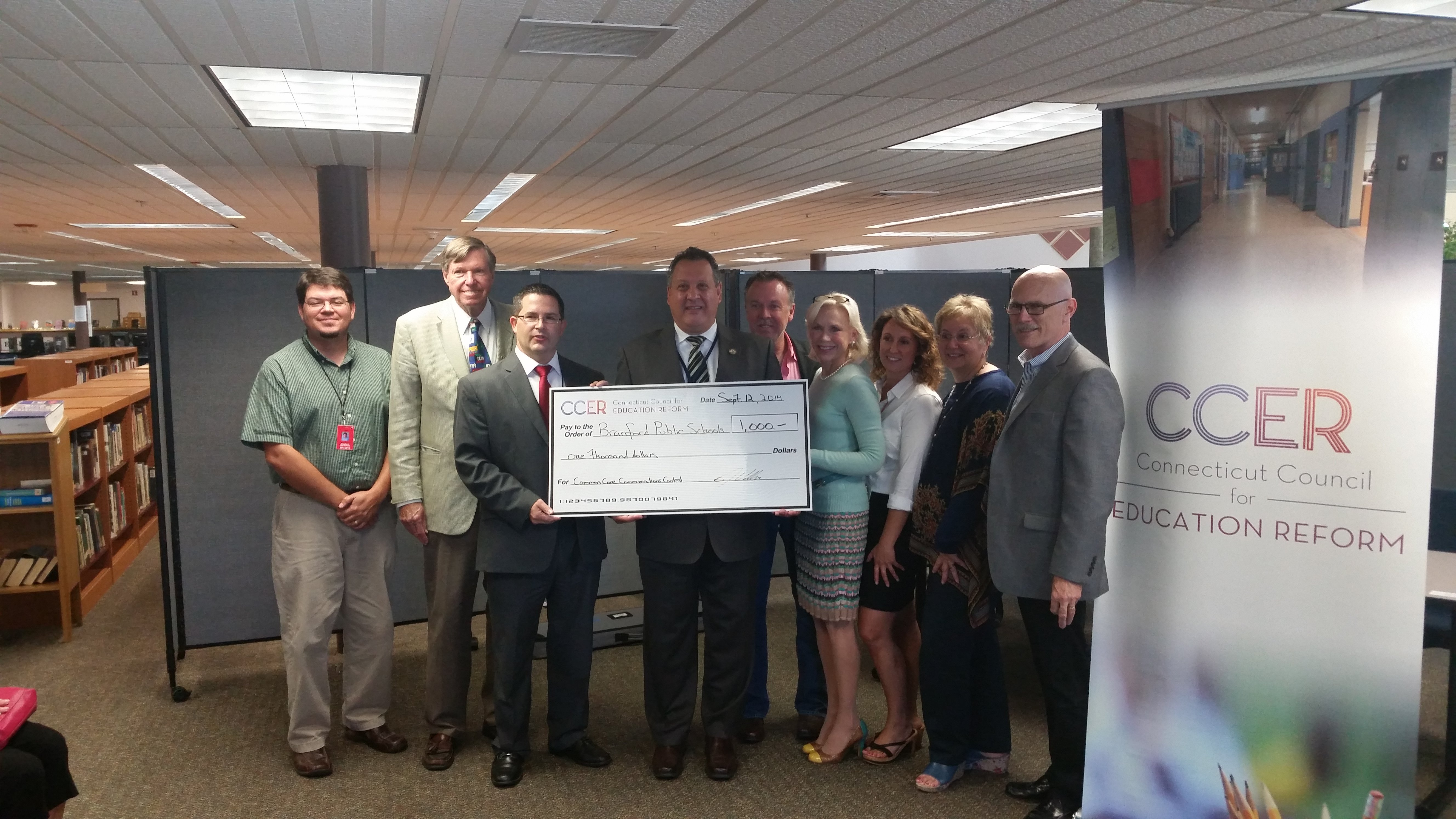 New Haven, Connecticut – Today, September 12, 2014, the Connecticut Council for Education Reform (CCER) announced that Branford Public Schools has won CCER’s Common Core Communications Contest. The contest was designed to showcase the creative and effective methods that districts and schools have used to communicate with parents about the Common Core. Branford is one of only three winners.

The announcement was held at Branford High School, and was attended by Senator Edward Meyer, Representative Lonnie Reed, Board of Education Chairman Michael Krause, Board of Education member John Prins, Superintendent Hamlet Hernandez, and staff from Branford Public Schools.Branford’s Superintendent Hamlet Hernandez said that Branford has been successful in implementing the Common Core because the Board of Education has led the effort, and the district has worked hard to support teachers and keep the community informed. Assistant Superintendent, Dr. Mary Peraro discussed how the district has worked with teachers to develop a Common Core-aligned curriculum. Over the summer, more than 60 teachers worked to write Common Core-aligned curriculum for their grades and subject areas. Dr. Peraro said about the curriculum, “The teachers own it.” Curriculum coordinator Ashley Dubin said that Branford has worked to involve parents in the process so that kids can continue doing at home the things they have been learning in school. Peter Bouley, Social Studies Department Chair at Branford High School and the parent of two children in district schools, said that as a parent, he has seen his children’s homework shift to towards critical thinking and skill building. Representative Lonnie Reed said that Branford has been a model for Common Core implementation—by involving parents, students, and teachers, they have elevated learning for everyone. Senator Edward Meyer summed it up by saying, “Branford got it right with parents and teachers.”

CCER Executive Director Jeffrey Villar said, “Branford has done a great job of communicating with parents and the community about the implementation of the Common Core State Standards. The district has created a series of school-based presentations, which provide information for parents at each grade level. Branford students and teachers have made monthly Common Core-related presentations during televised Board of Education meetings. And Superintendent Hernandez has sent communications directly to parents about the new standards. This is the type of collaboration that makes implementation of a change go more smoothly. I commend Branford Public Schools for this work.”