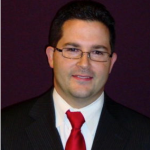 New Haven, Conn — The Connecticut Council for Education Reform (CCER)–a statewide, non-partisan, 501(c)(3) not-for-profit organization that works to close the achievement gap and raise academic outcomes for all students in Connecticut–today announced that Jeffrey A. Villar has been appointed as its new Executive Director, effective October 30th. Villar, of Mansfield, CT, has a Bachelor’s in History from the Eastern Connecticut State University, a Master’s in Education, and a Doctorate of Philosophy in Curriculum and Instruction from the University of Connecticut. Currently serving as the Superintendent of Windsor Public Schools, Villar has spent the last 19 years of his career in Connecticut’s public education system–first as an educator and later as an administrator. Prior to serving Windsor Public Schools, he was Superintendent of Rocky Hill Public Schools. He has also served as the Associate Superintendent for Meriden Public Schools and spent 5 years serving in Hartford Public Schools.

“I am thrilled to have been appointed the Executive Director of the Connecticut Council for Educational Reform. I believe that my passion for education and its reform are directly aligned with the mission of CCER. The achievement gap in Connecticut schools is among our State’s most critical public policy issues, and CCER has been in the forefront, supporting critical policy changes to address the issue. I am so very excited to join the organization as it looks to continue its work and extend support to local school districts that are also engaged in the important work of closing the achievement gap,” said Jeffrey Villar.

Villar added, ”I want to thank the Windsor Board of Education and the Community of Windsor for having given me the honor of serving as the Superintendent of Schools. I have enjoyed working with so many passionate parents, students, and dedicated educators. I wish the community great success in the future.“

“Dr. Villar is a very good choice. He will bring to CCER a thorough knowledge of how school systems operate and a commitment to reform,” said Joseph J. Cirasuolo Ed.D., Executive Director of the CT. Association of Public School Superintendents (CAPSS).

In his role at CCER, Villar will bring his extensive experience in education to help the organization advance CCER’s influence and impact in Connecticut and nationally by advancing reform policies at local, state and federal levels; defending reforms that have been enacted; raising public awareness through campaigns; and supporting the implementation of reform initiatives/programs that will narrow the achievement gap in the state of Connecticut by working directly with public school districts and the Connecticut State Department of Education.

“On behalf of our Board of Directors, I want to say how excited and pleased we are that Jeffery will be our new Executive Director. He brings an extraordinary background in educational leadership and a real passion to improve student achievement throughout our state. We will have a forceful and talented advocate working to narrow Connecticut’s achievement gap,” said Steve Simmons, Chairman of the Board of Directors.

The Connecticut Council for Education Reform (CCER) is a statewide, non-partisan, 501(c)(3) not-for-profit organization that works to close the achievement gap and raise academic outcomes for all students in Connecticut. The achievement gap is the disparity in academic achievement between children from low-income families and children of color and their peers. We do our work primarily by advocating for state policies and state and local practices that research shows have the best chance of raising achievement for high-need student populations. We support reforms that advance best practices and innovations in education to ensure that every child has an exceptional education. Through public awareness, education, and engagement, we seek to broaden support for these efforts and affect long term sweeping change in the public education system. Our Board of Directors is comprised of prominent business and civic leaders who are deeply committed to our mission.

For more information on CCER, go to www.ctedreform.org.