This week, the Regional School District #10 has officially embarked upon its full-day kindergarten program, after a long campaign. Regional School District 10 with ten board members, and two towns between which funds are allocated proportionally.  While the district already had a half-day kindergarten program, full-day kindergarten was a novel idea that did not get immediate support from the parents in the two counties or the local board of education.  We touched base with Region 10’s dedicated Superintendent, Alan Beitman, to find out a bit about how this impressive program came together and how the district overcame challenges along the way.

Q: When a district is getting ready to embark upon a program like full-day kindergarten, we know that funding can always be an issue.  Did you need more funding to create this program, or did you find a creative solution? 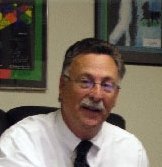 A:  When you’re trying to introduce an innovative idea, asking for additional funding just provides a platform to those who are opposed, so we knew we had to find an alternative solution.  In Region 10, we came up with an idea that I don’t think all districts have thought of yet: we decided to shift the funding from our half-day kindergarten busing program to cover the bulk of the costs of full-day kindergarten.   We realized that it was going to cost us an additional $100,000 to pay for teachers’ salaries if we moved from a half-day to a full-day schedule, which is roughly what we were already paying to send kindergarteners home half-way through the school day. Once we stopped having to bus kindergarteners home in the middle of the day (and instead sent them home at the end of the full school day), we could use the money that we would have spent on transportation to fund full-day kindergarten.

Q: What kind of pushback did you get from parents and the board? How did you convince them that this was a worthwhile change?

A:  Full-day kindergarten was a controversial issue from the start. What we did was to educate the public, including the board. We arranged several workshops for residents to hear from leaders and practitioners from other districts with full-day kindergarten programs, and we invited parents to email in questions.  We also had a public hearing the night before the board voted on the budget. Ultimately, the board was satisfied, and by the time of the budget vote, they put the additional funds in contingency funding. If we decided to postpone a final decision about full-day kindergarten we would return the funds proportionally to the towns.

Q: What was the need for contingency funding?  Wasn’t the full-day kindergarten program going to be covered by the transportation costs?

Q: After you had the contingency funding, how did you gain approval for full-day kindergarten?

A:  Some parents were opposed, and other parents were strongly in favor.  Ultimately, the board was convinced to approve a phase-in plan in which the parents who were opposed would have an opportunity to slowly shift gears and try full-day kindergarten.  We decided that for the first four weeks of school this year, parents would have the choice to either leave their children in full-day kindergarten, or take them home at 1:40 PM .  But we wouldn’t cover the costs of transportation; they’d have to come pick up their children if they wanted a 1:40 PM  schedule. However, we told parents that by October 5th (last Friday), they would have to opt in to full-day kindergarten completely, or opt out of Burlington’s public kindergarten program altogether.

Q: How were you able to make that call without facing any litigation issues?

A: In Connecticut, kindergarten is not mandatory in any district, so if parents wanted to participate in Region 10’s kindergarten program, they would be agreeing to a full-day kindergarten program.  Connecticut is moving forward with a strong, new education plan for reform.  We want our students to be nationally and globally competitive, and we want our students to be prepared for their futures.  That means giving them a strong foundation.  As our country moves forward with the Common Core Standards, the expectations on them are higher than ever before, and they need to be fully prepared with a high-quality early childhood education.  I understand how shifting to full-day kindergarten was uncomfortable for some parents, but we made this call because it was the right thing to do for our students.

Q: What kinds of criticisms did you get from parents who didn’t want their children enrolled in a full day?

Q: What is the feedback from the community and from students?

A:  Since we transitioned into full-day kindergarten, the feedback that we’ve received from parents and community members has been very positive.  Most exciting, is that the kindergarten students themselves have adapted beautifully and are thriving in the full-day program.

Q:   On a final note, now that full-day kindergarten is successfully up and running, is there anything you would change?

A: Yes, next year, we are absolutely going to have a practice bus run. When you’re a first-time parent putting your child on the bus on the first day of school, there can be a lot of concern.  We want to make this transition as smooth as possible and to put parents at ease: we haven’t yet lost and aren’t going to lose, their children!  So next year, we’ll do a practice run where the parents put their children on the bus, and the bus does a loop and brings the children back home.